A Biography of Ronnie Lee, Founder of the Animal Liberation Front

Founded in the 1970s and today active in more than 40 countries, the Animal Liberation Front has in recent years been considered a domestic terrorist group by both the FBI and the Southern Poverty Law Center—despite the ALF’s official stance of nonviolence. A clandestine, phantom cell organization, the ALF has functioned as a sort of Underground Railroad for captive animals, executing raids and attacks on animal testing facilities. Yet little has been written about the group or its founder. With unprecedented access by the author, this book tells the story of Ronnie Lee, the unassuming British activist who launched an extremist movement that continues to use intimidation and economic sabotage to advance its cause. 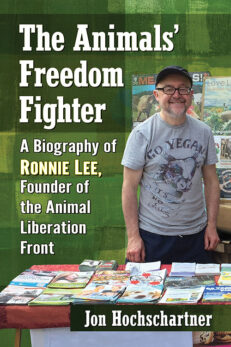 You're viewing: The Animals’ Freedom Fighter $35.00
Add to cart