The early chroniclers of Britain presented the island as the promised land of the Roman goddess Diana. Later, when the story of Arthur was transformed by Christian mythology, a new literary concept of the island was promoted: the promised land of the Holy Grail. As the feminine enchantment of the Goddess gave way to the masculine crusade of the Grail Quest, the otherworld realms of the fays or fairy women were denigrated in favor of the heavenly afterlife. The dualism of the medieval authors was challenged by modern writers such as Blake and Tolkien, as well as by the scholars of the Eranos conferences. This book explores the conflict between Goddess and Grail—a rift less about paganism versus Christianity than about religious literalism versus spiritual imagination—which is resolved in the figure of Sophia (Divine Wisdom).

“Dixon’s detailed knowledge of medieval and early modern English literature is obvious. Dixon has created a thought-provoking, interdisciplinary view of the Arthurian tradition, one that should interest a wide audience of scholars”—The Medieval Review 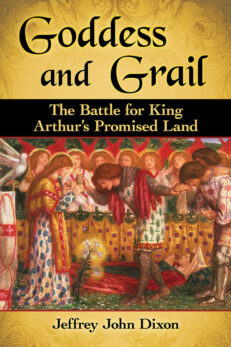